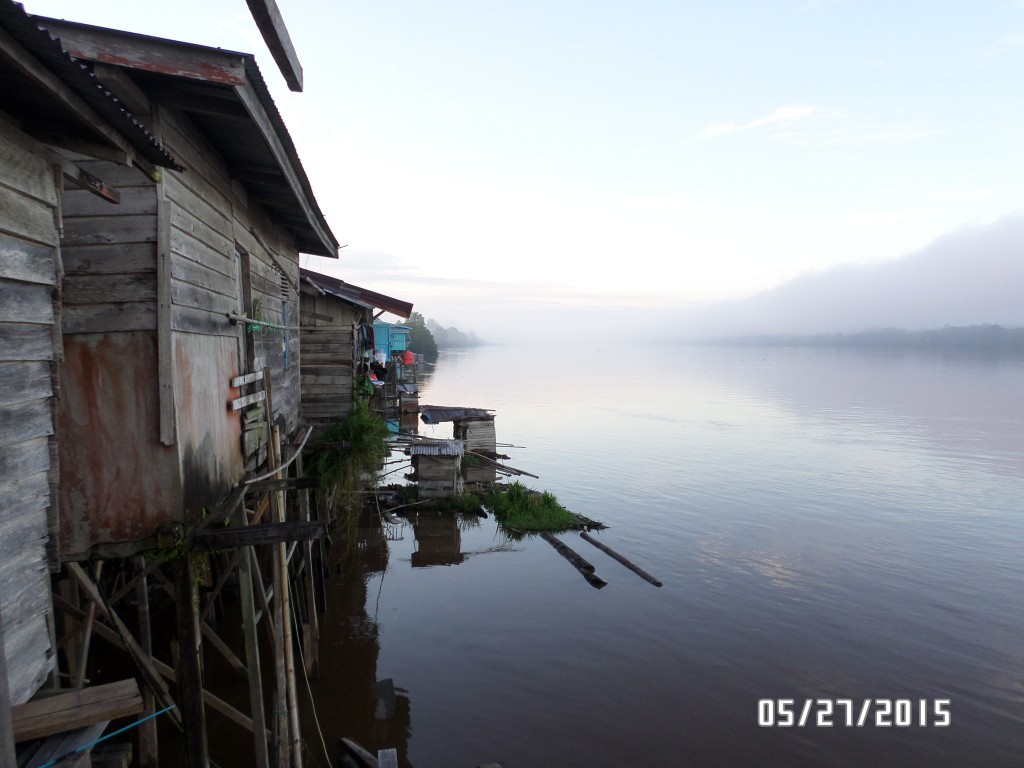 Want to know more about what the Kratom farms in Indonesia are like? We sure did. We know a lot about Kratom, but there were many things about Kratom farming that we felt we needed to see for ourselves, so we booked a trip...

One of the things we were most interested to learn about was how sustainable Kratom farming is and if it poses any serious threats to the rainforests in Indonesia and elsewhere. What did we find? Well, farming is farming. No matter what we produce as humans, farming requires some amount of re-landscaping. If Kratom could be harvested from a natural forest, it would be theoretically one of the least intrusive but productive uses of land for anything anywhere in the world; but reality muddles the ethicacy of doing so as this sort of farming requires new trails and roads to be built, or improved, which allows for easier access for other development and disturbs surrounding wildlife and habitats for species of which numbers are dwindling (Orangutan and Sumatran Tigers for example). Traditional private farms on the other hand tend to be easier to manage and can be a mechanism for controlling how deep into the jungle people may be allowed to disperse. The bad news is many farmers clear cut their land before growing their chosen crop, and that is why the rain-forests are disappearing. There is however an argument that harvesting various crops on the same farm land is a more productive and therefore more ecological solution for providing resources to an ever-growing human population, and did we find evidence of this? Yes and no, I'll explain... 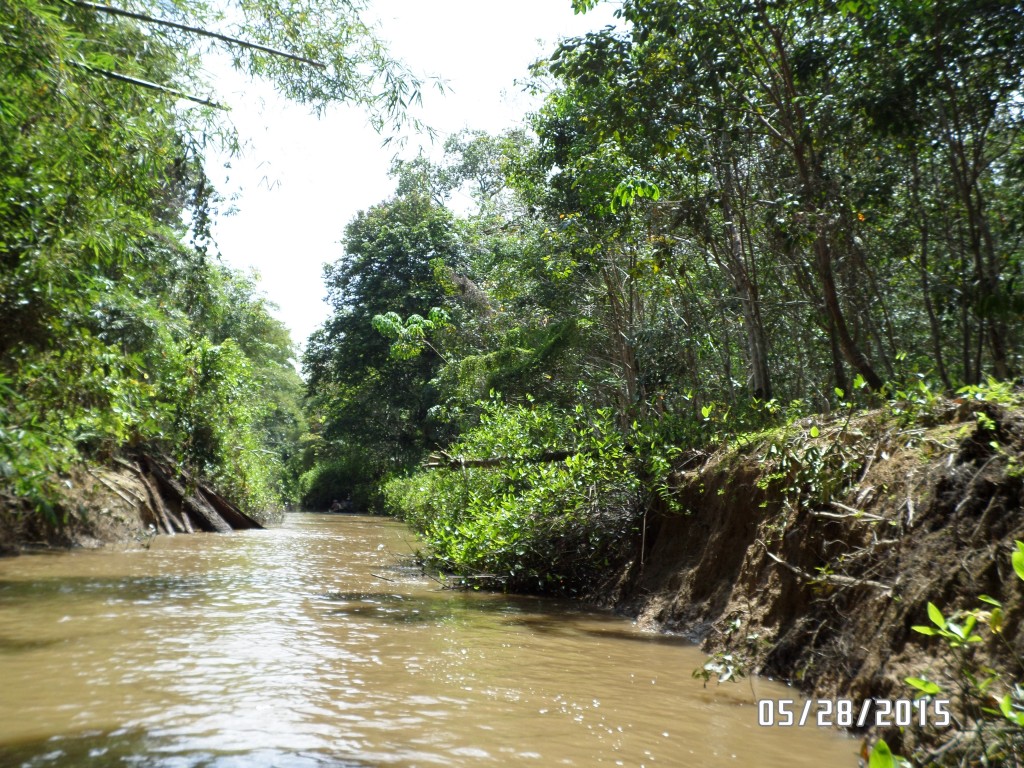 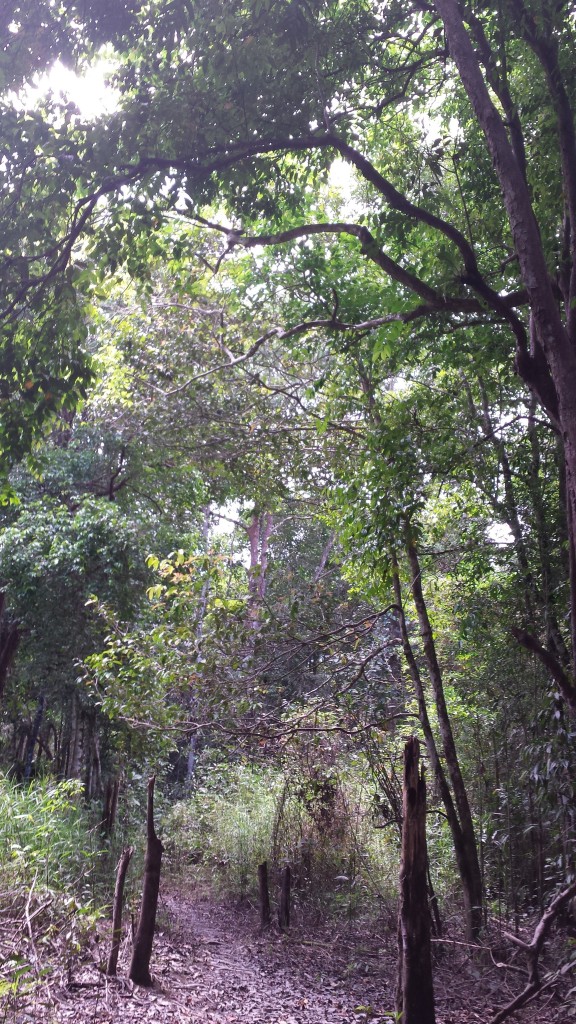 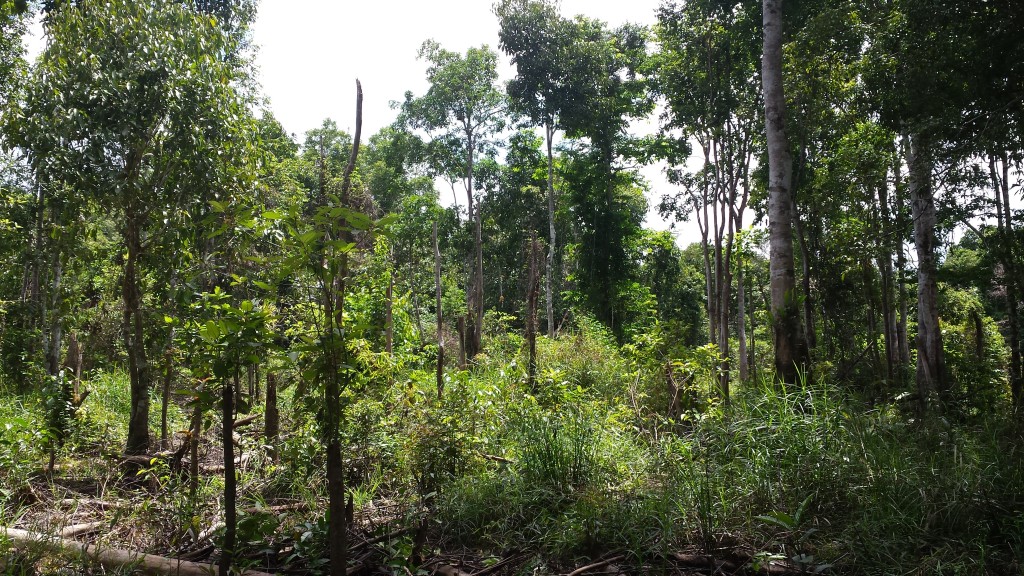 We visited two Kratom farms, very close to each other, deep in the heart of Borneo. From the closest big city along the coast with an airport (Pontianak) we drove for two days along the Kapuas River until the road ended. From there we rode in a small motor boat up-river for another few hours to a tributary which took us even deeper into the what appeared to us as natural forest, at least along the banks. When the boat could go no further, we walked for about a mile through a muddy forest of mostly natural trees with some harvested rubber trees and sparsely spaced Kratom trees in the mix. There were a lot of tall trees in the area, but I suspect that the area had been logged and half cleared by locals at some point in the not so distant past because there was evidence of a lot of 5-6 foot tall stumps scattered about. I thought about how we manage our own forests in the Western US by logging and performing prescribed burns to prevent forest fires. The damaged forest of Borneo still held much more life than those of the US. It was here where we came across the trunk of an old Kratom tree that was probably about a foot or more in diameter. 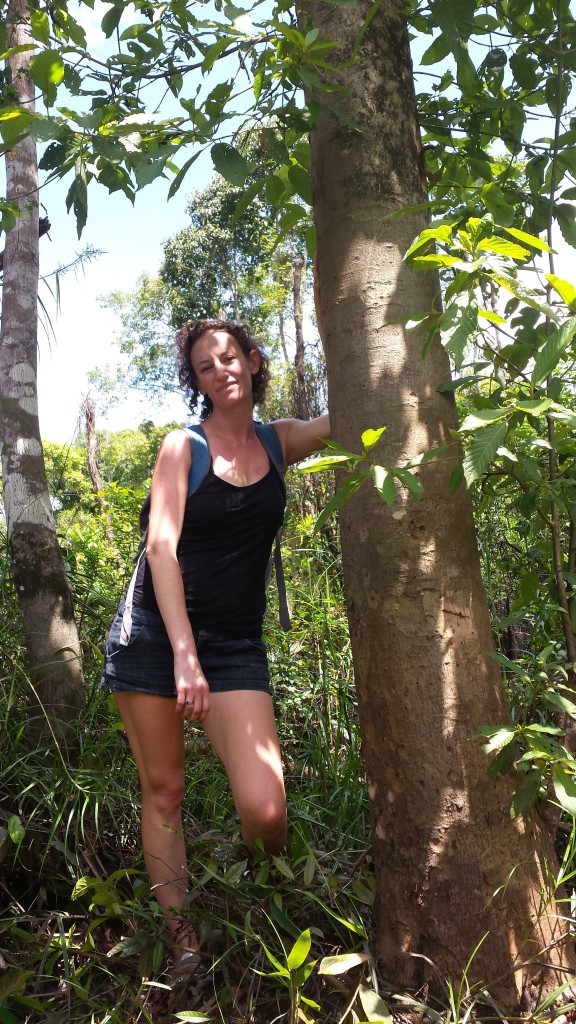 (Yes, that is the trunk of a Kratom tree!)

Eventually the forest opened up to an area that had been cleared even further by farmers who were planting fields of rice. But rising above the rice fields was a newly emerging canopy of Kratom saplings that reminded me very much of a 7 to 10 year old grove of aspen trees in Arizona. 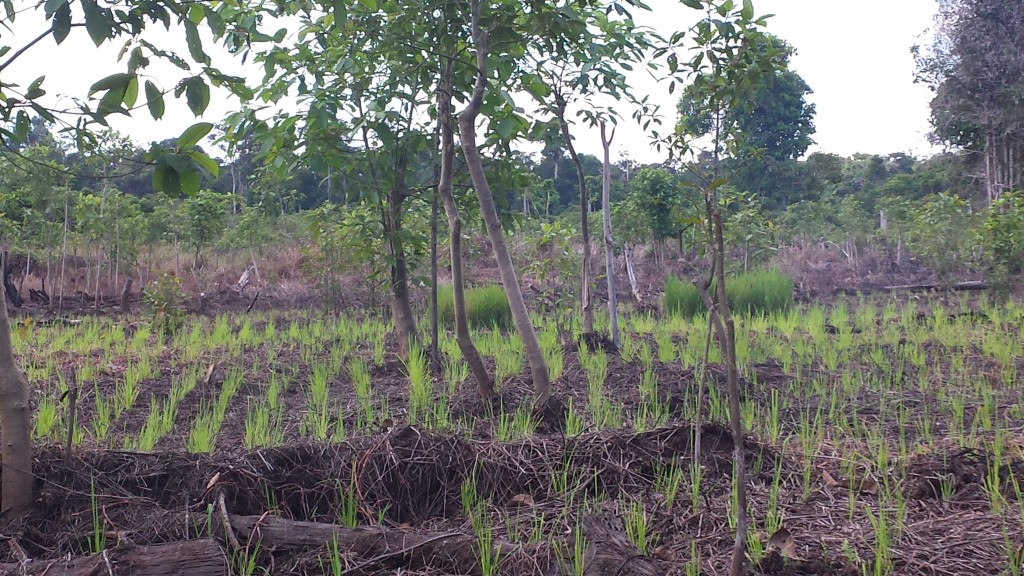 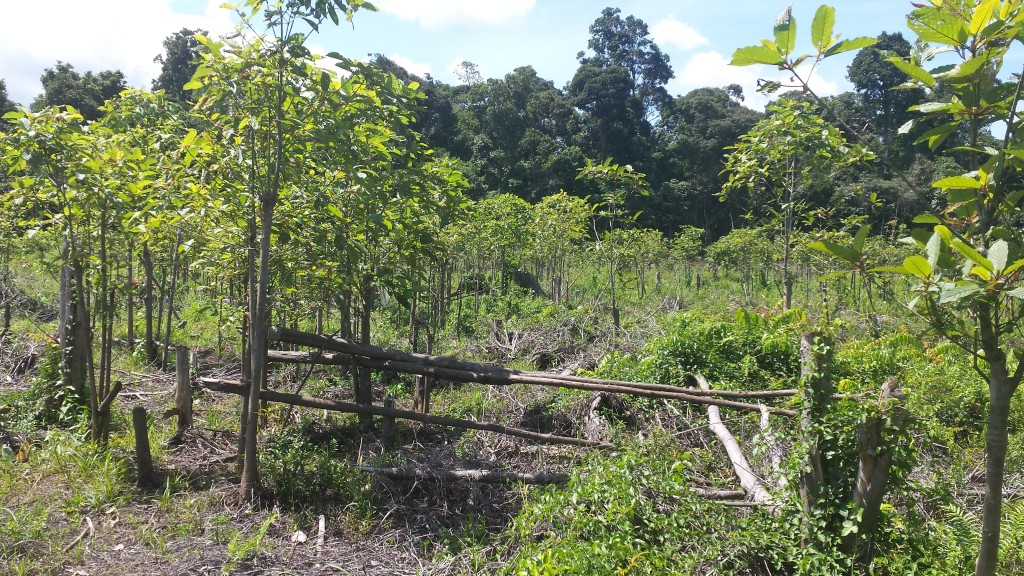 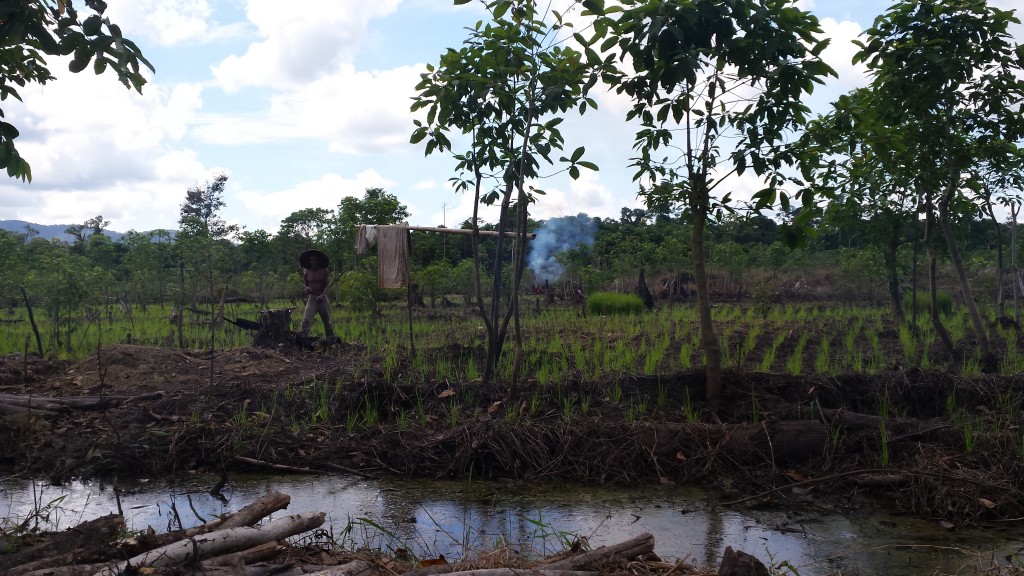 According to the farmers, the land had been cleared before anyone knew anything about the value of the Kratom trees that they had removed. All the trees had since sprouted back up from the roots of the original trees and have now grown to be between 10-15 feet tall. The ground was very damp and we would sink in the mud if it were not for all the vegetation supporting us. The farmers explained that they could harvest those trees about once every two months or so and that in the rainy season, they do it from their canoes as the whole place is under water. They had a lot of trees, I would guess 7 acres or so and there was another similar farm next to it. Other trees and plants were also dispersed among the Kratom trees for added shade and diversity. One farm had rice below, the other didn't. Even though I knew the land had been cleared of it's natural origins, I still felt like I was in a meadow that belonged there in the middle of that surrounding jungle. Although we were only a few miles away from the little village along the bank of the Kapuas River, we were very far removed from civilization, at least the kind of civilization that most Americans know. 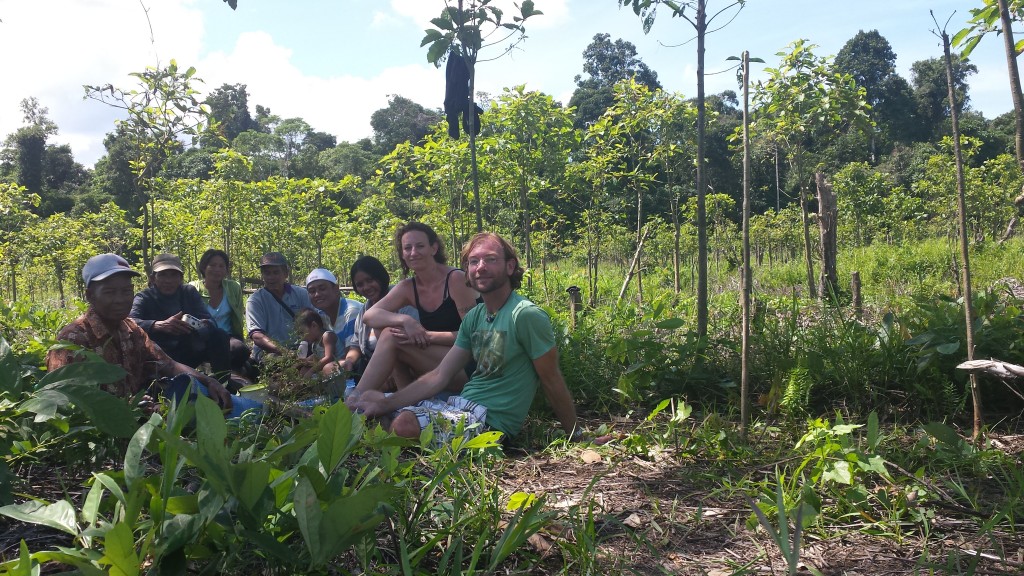 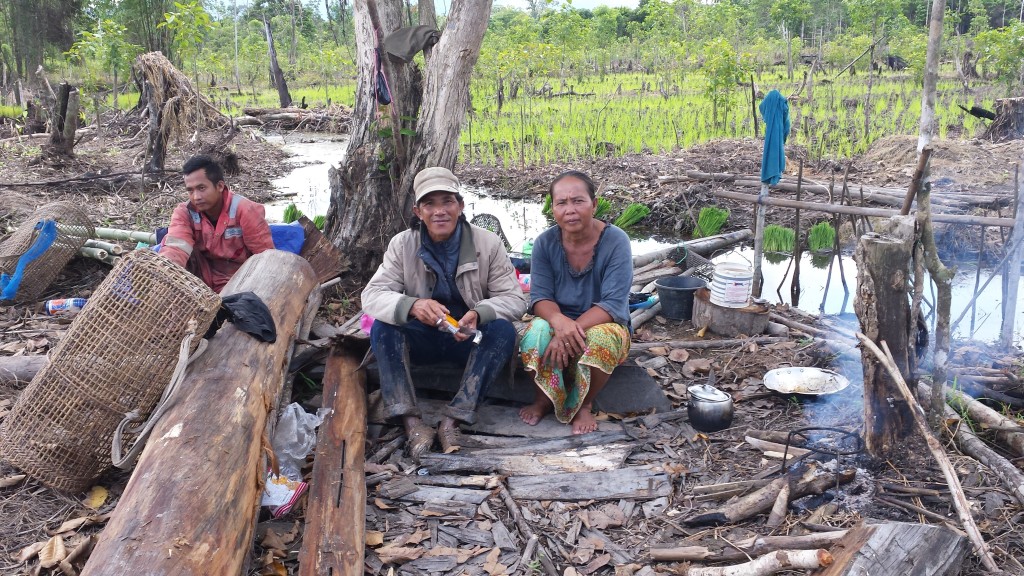 So back to the question: is Kratom farming sustainable? First I have to put it into perspective. We don't have exact numbers, but from what we've seen with our own eyes, and what we have learned about farming on Borneo based on other documentaries we have seen, Palm Oil, Rubber from trees, food crops, and logging are the predominant crops threatening the rain-forest there. I suspect that Kratom farms in Borneo cover such a small fraction of a percent of the total farmland that sustainability issues due to Kratom farming are negligible.

Another thing I wondered about was what the soil was like. It was very fine, muddy, swampy soil, colorful and rich in minerals and nutrients from centuries of plants growing upon it. I suspect it never fully dries out, and the farmers say the plants do even better in the rainy season when the ground is submerged in water. 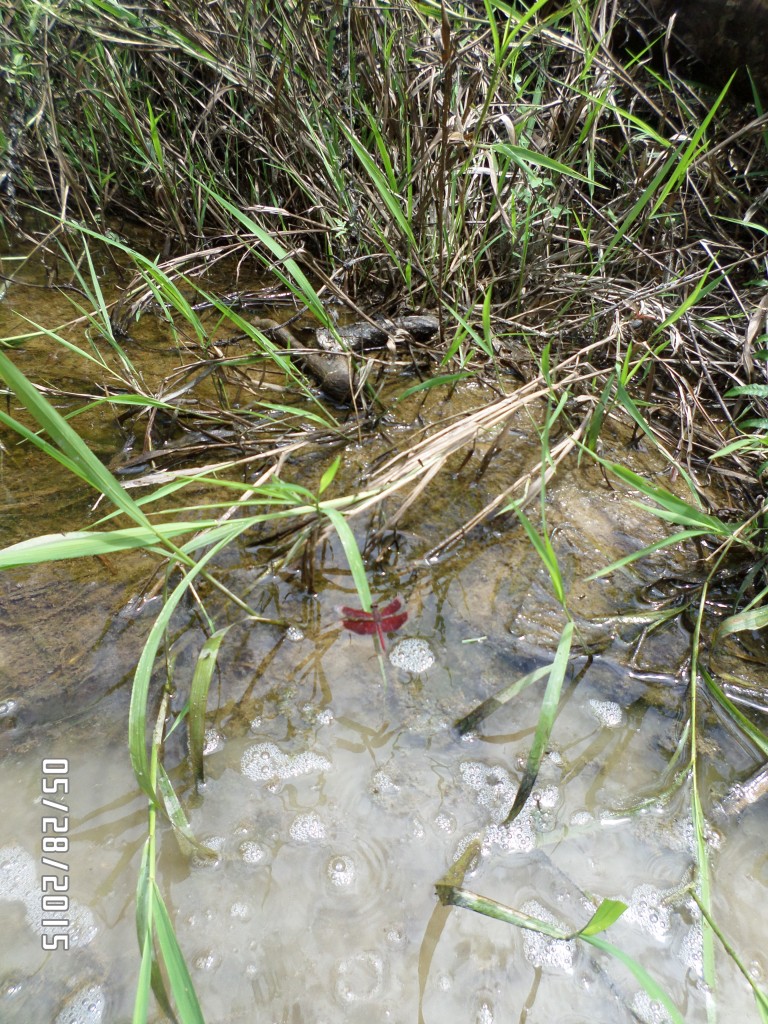 Besides that, we gained some new found relations with the farmers and hope to work with them more closely in the future, helping them to identify alternate methods of defending against hoards of caterpillars, and providing them with feedback and other information we gather from the internet.

All in all, it was a very good trip, and before I wrap this up, here are some of the better photos we took along the way: 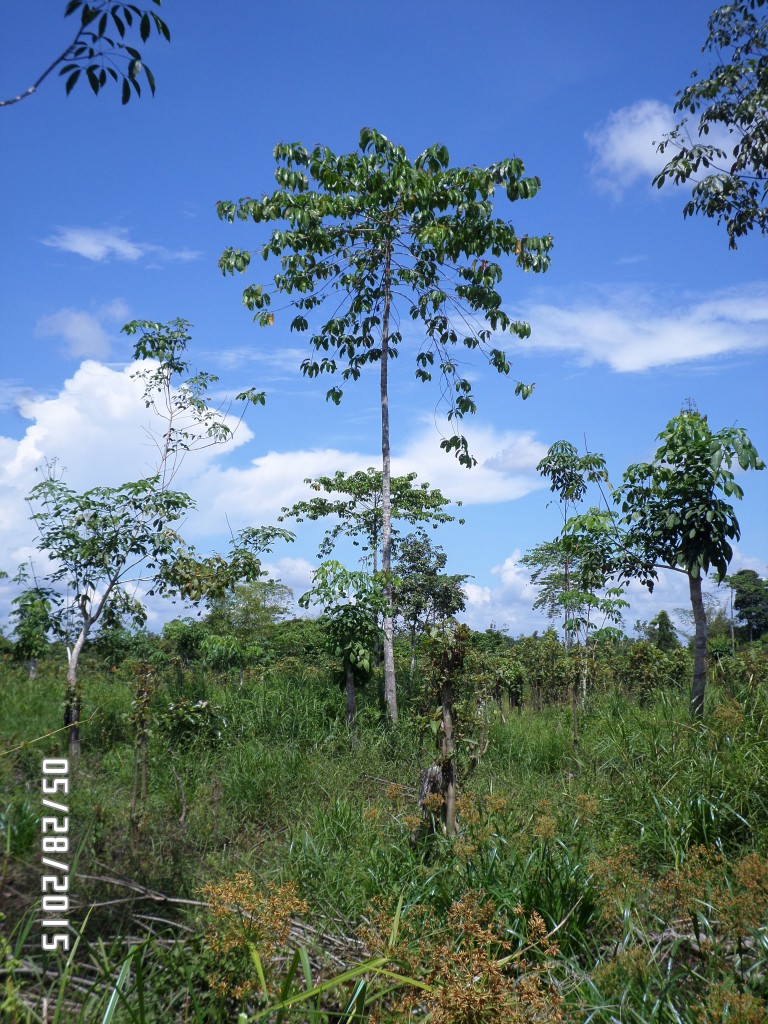 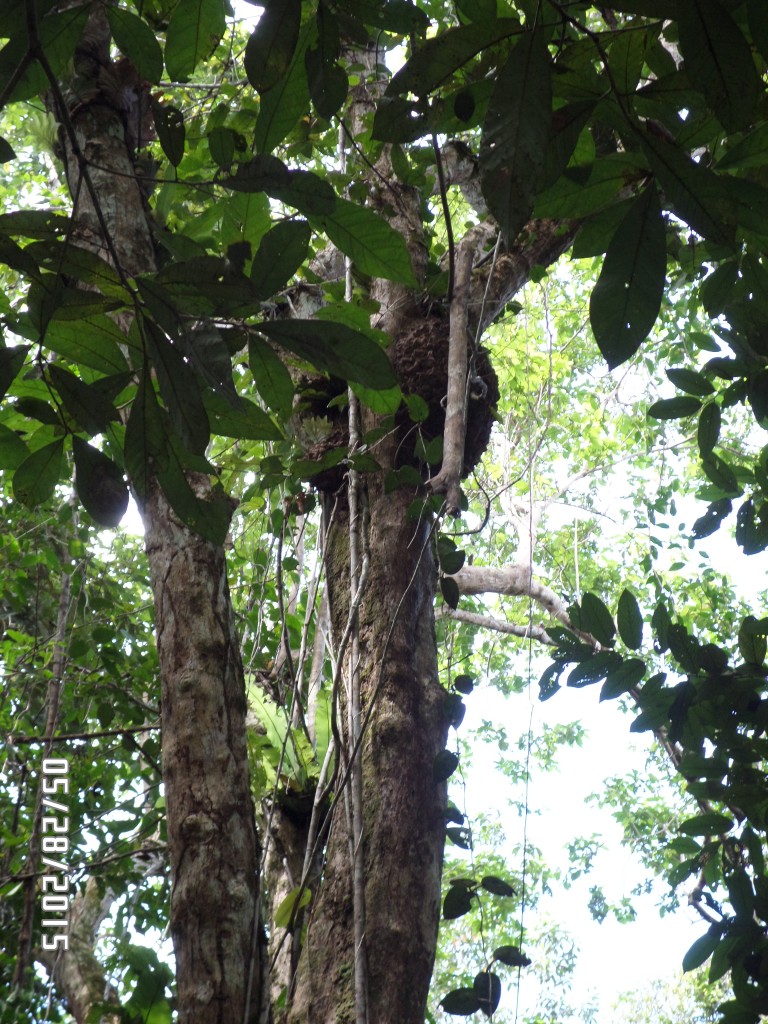 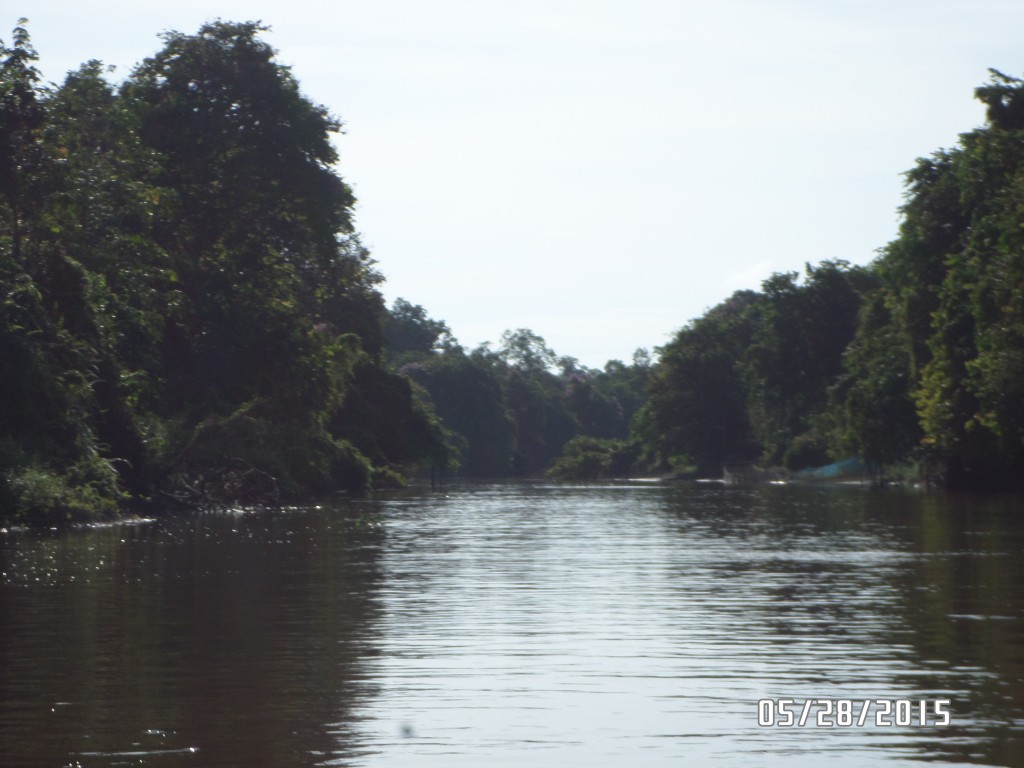 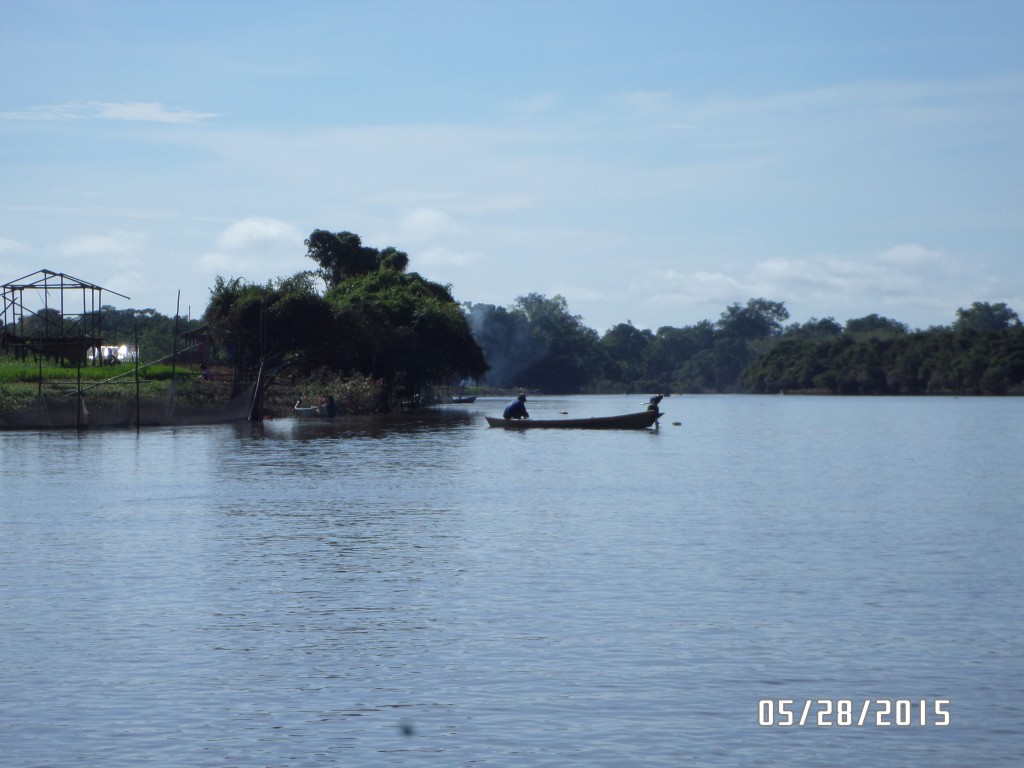 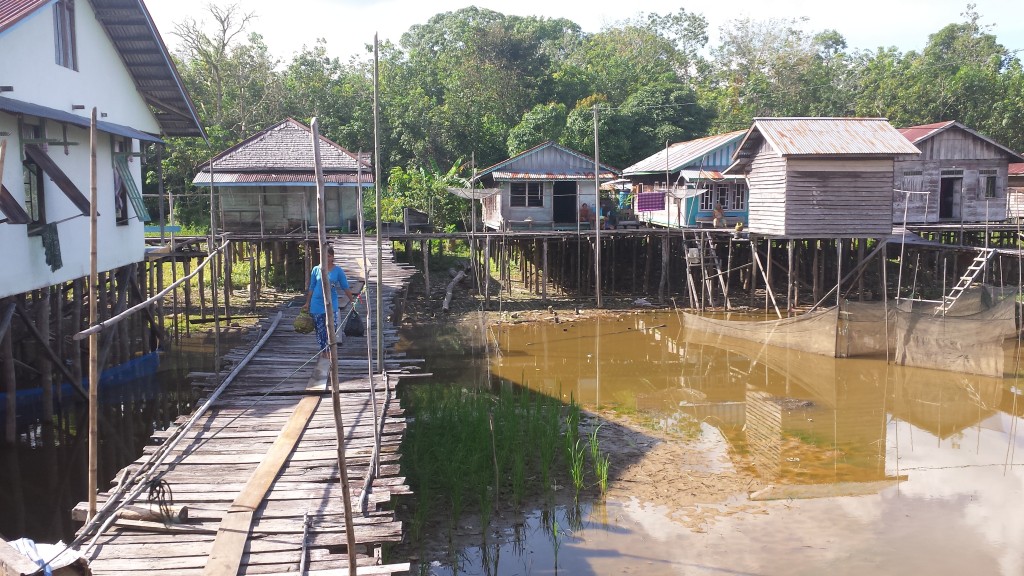 Villages along the river and in lowlands are built entirely on stilts. Wooden walkways are amazingly extensive. 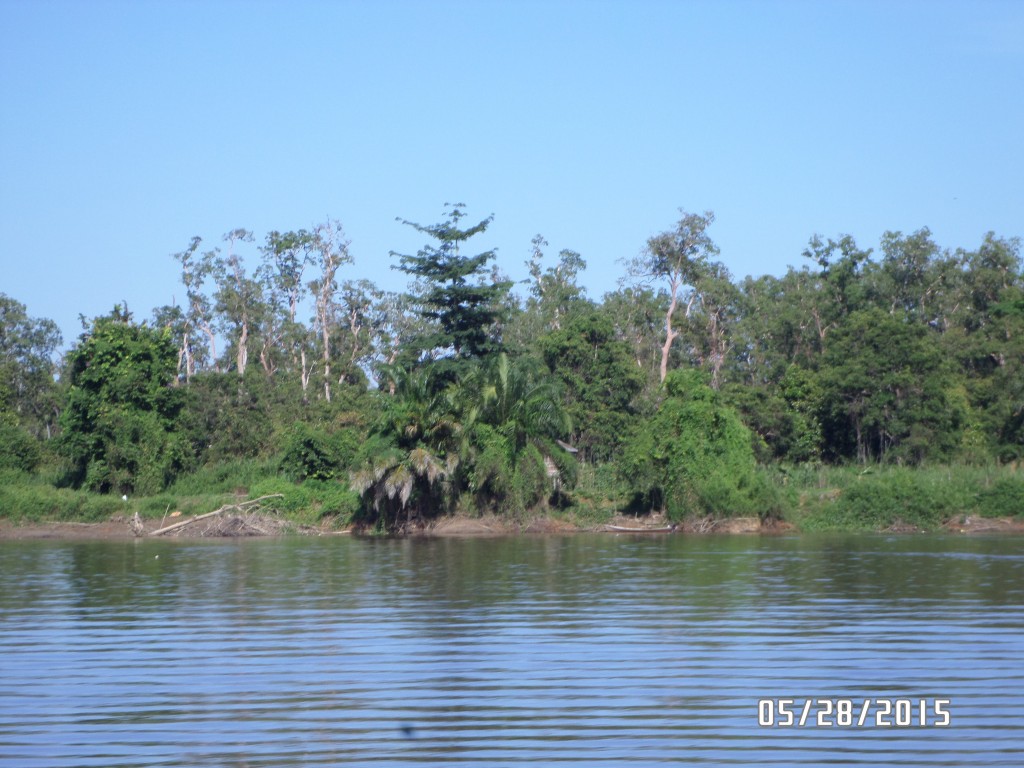 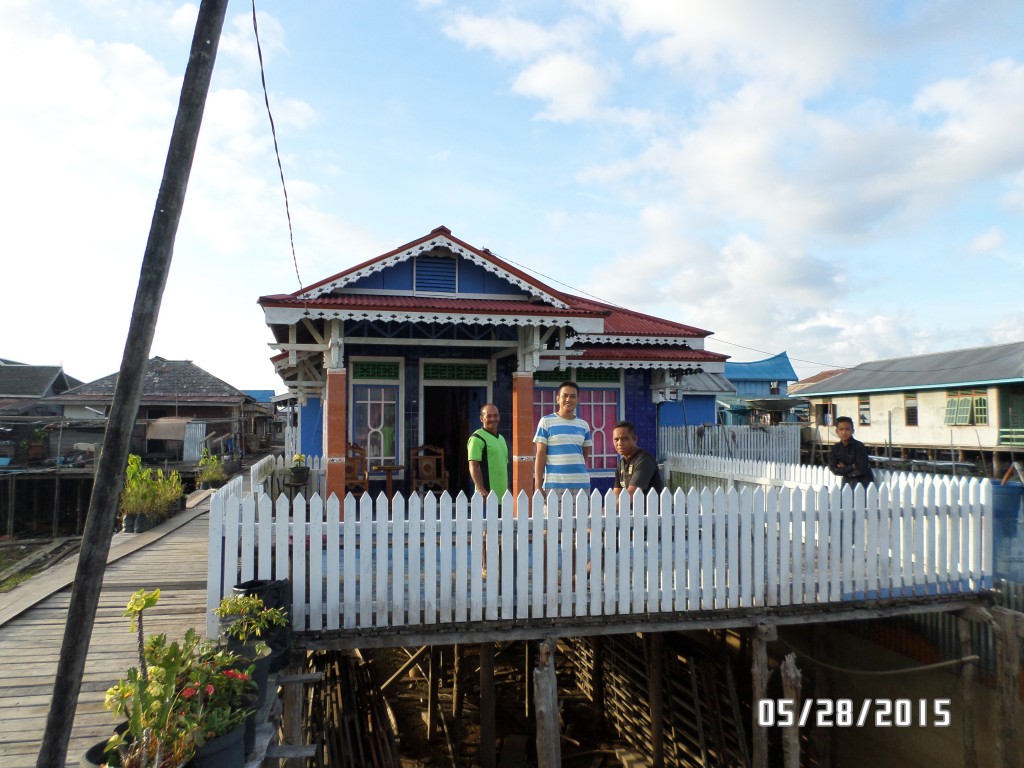 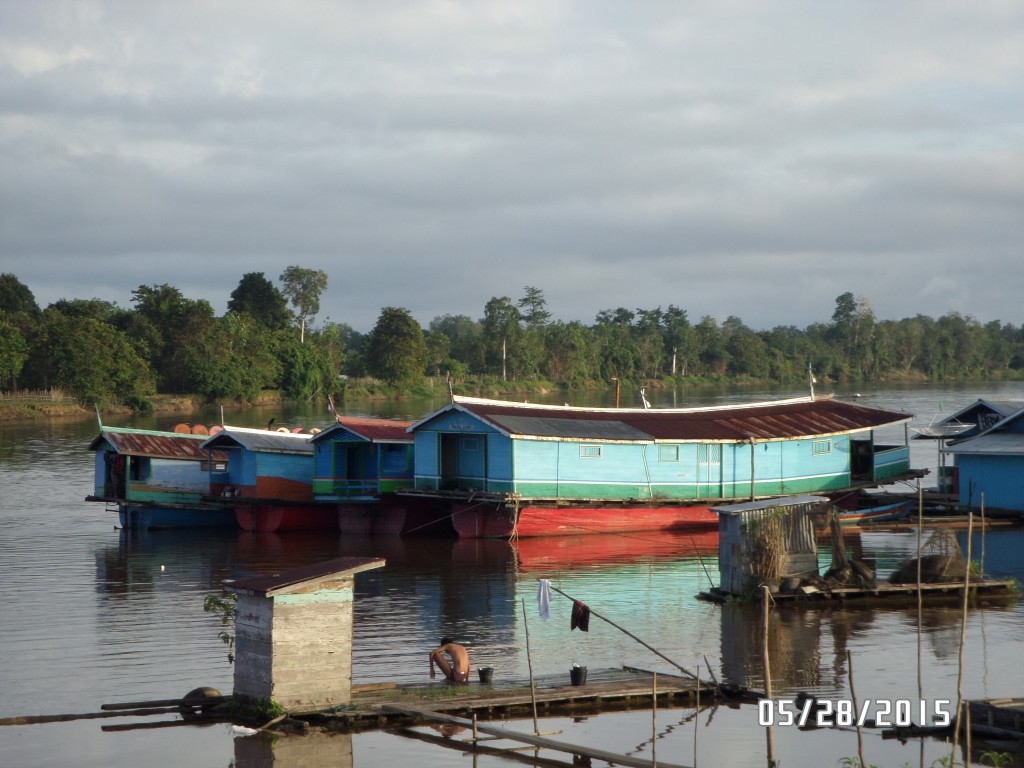 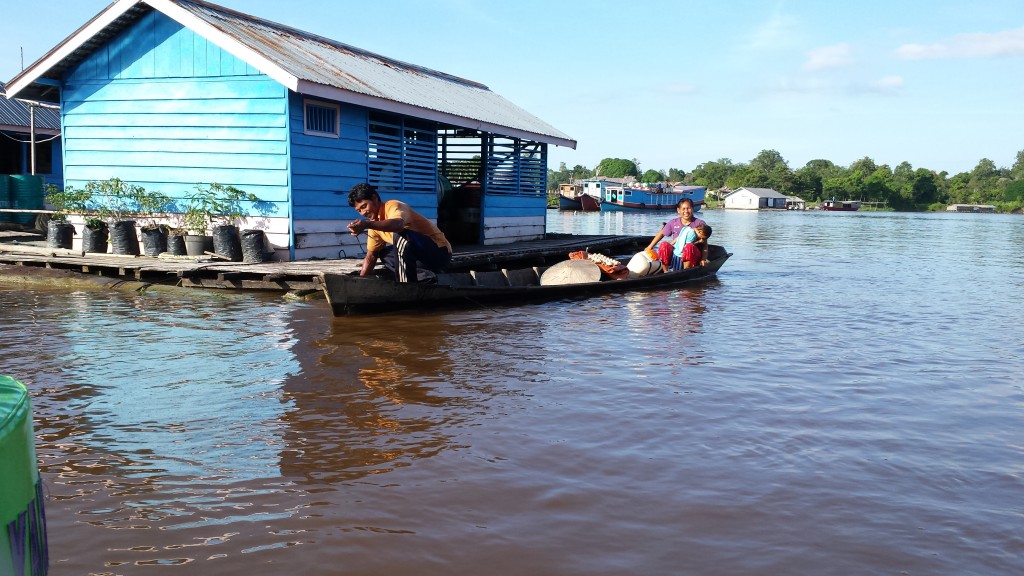 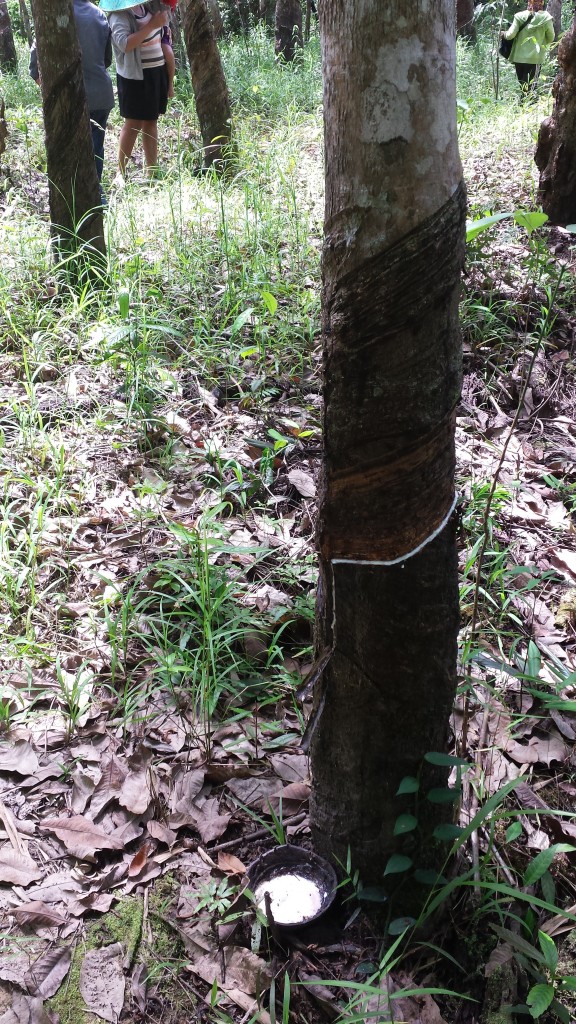 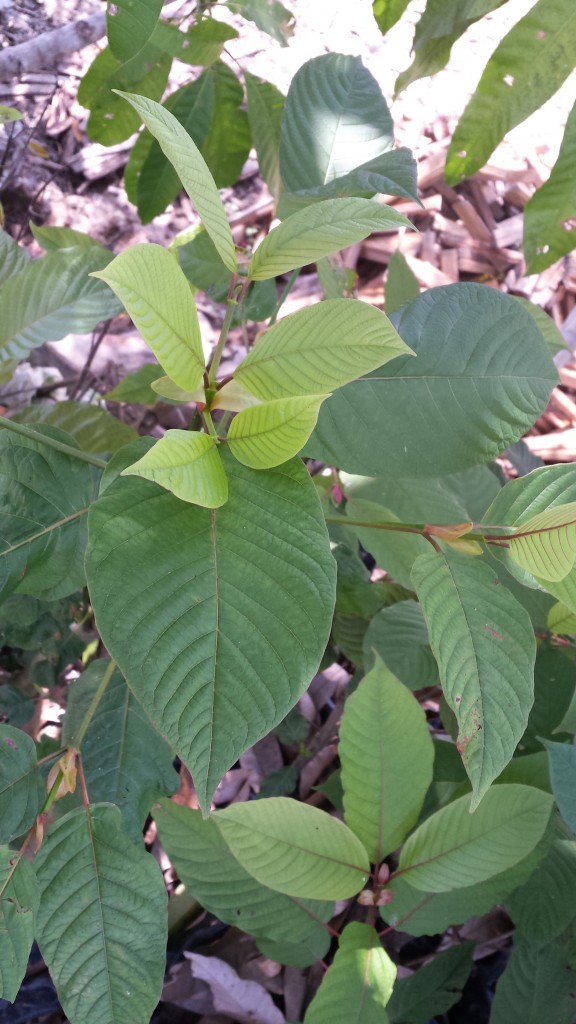 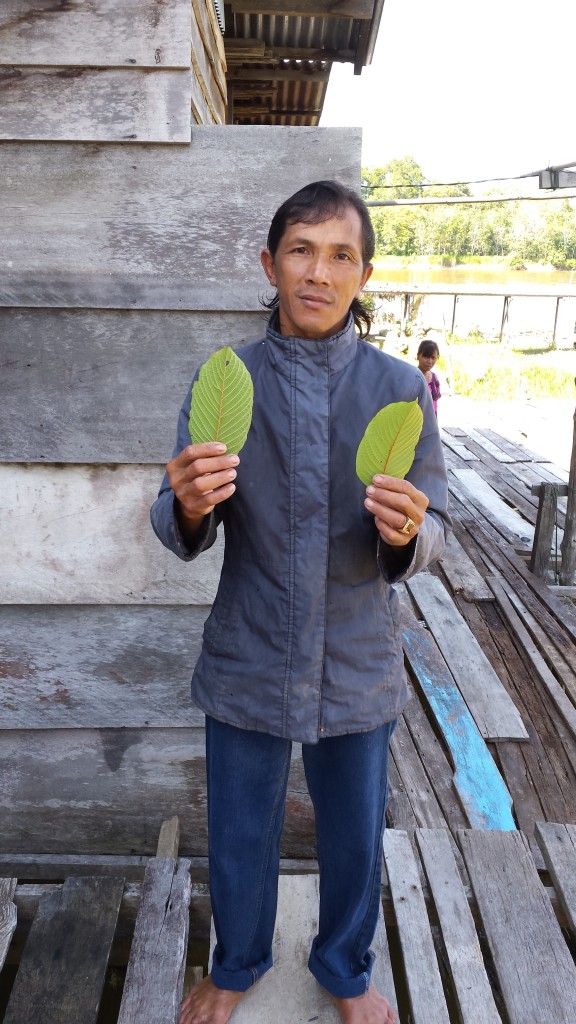 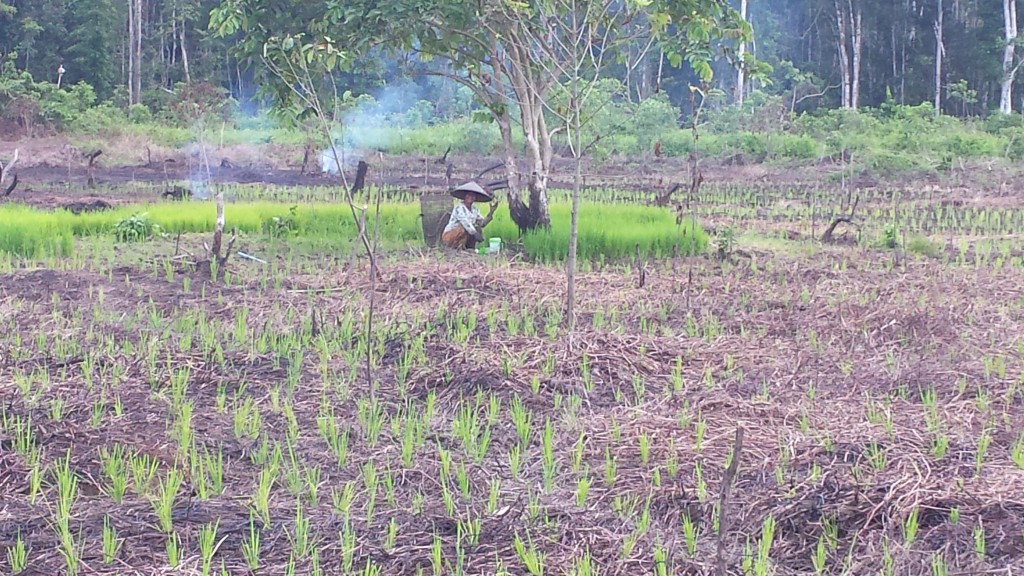 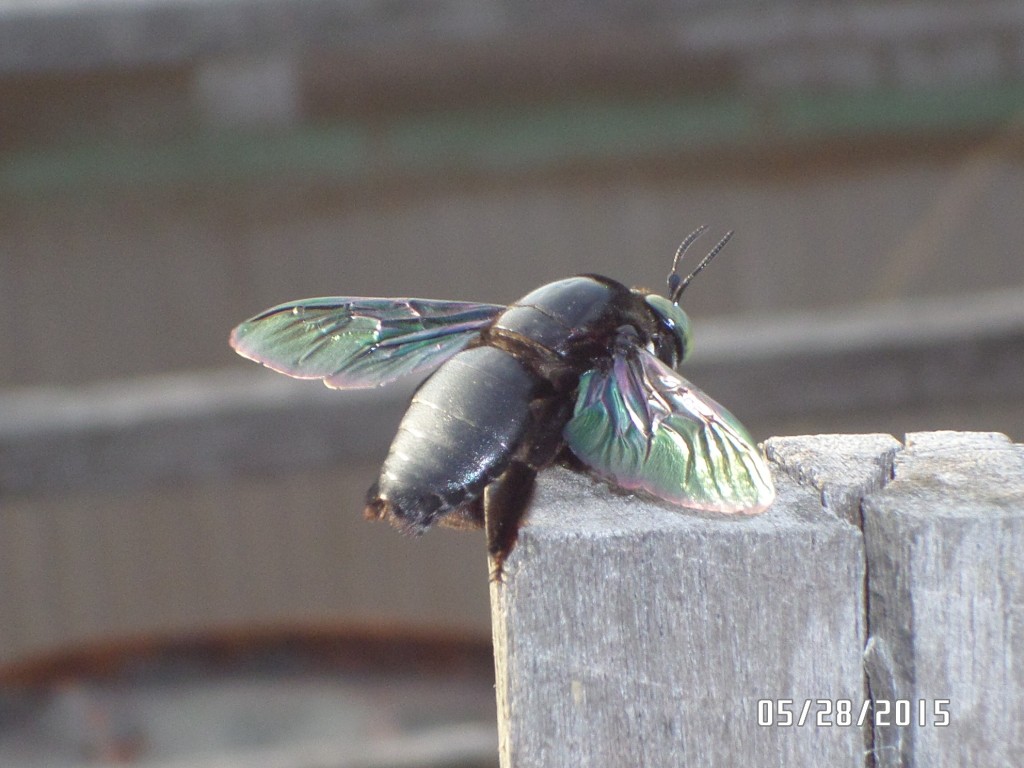 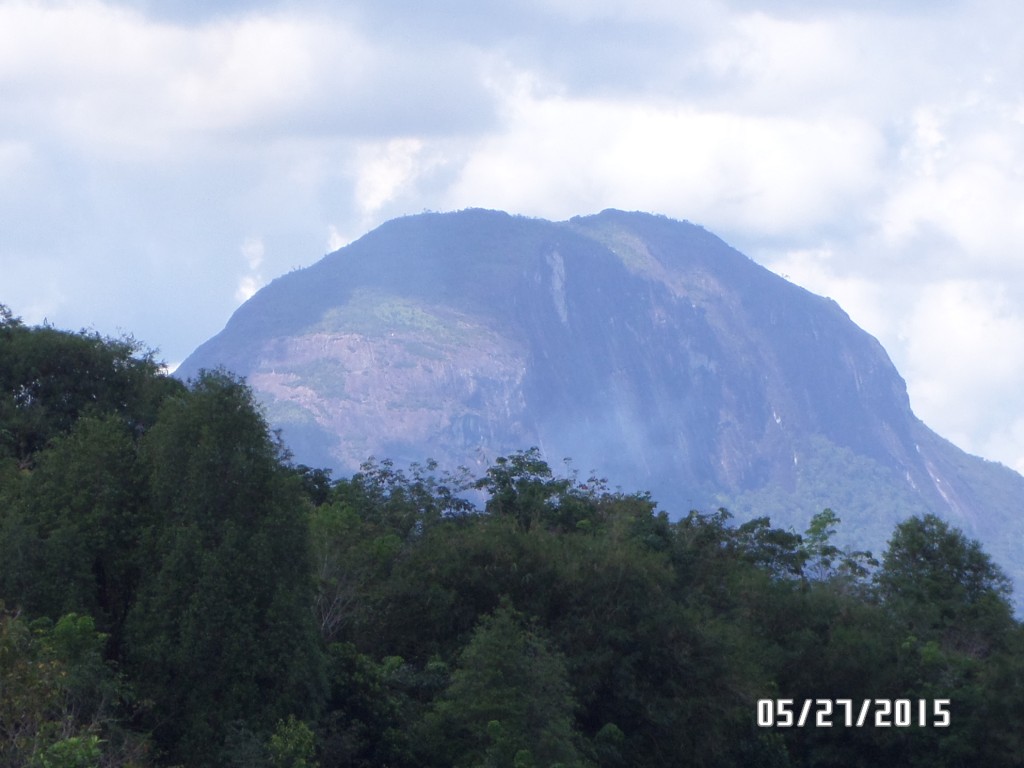 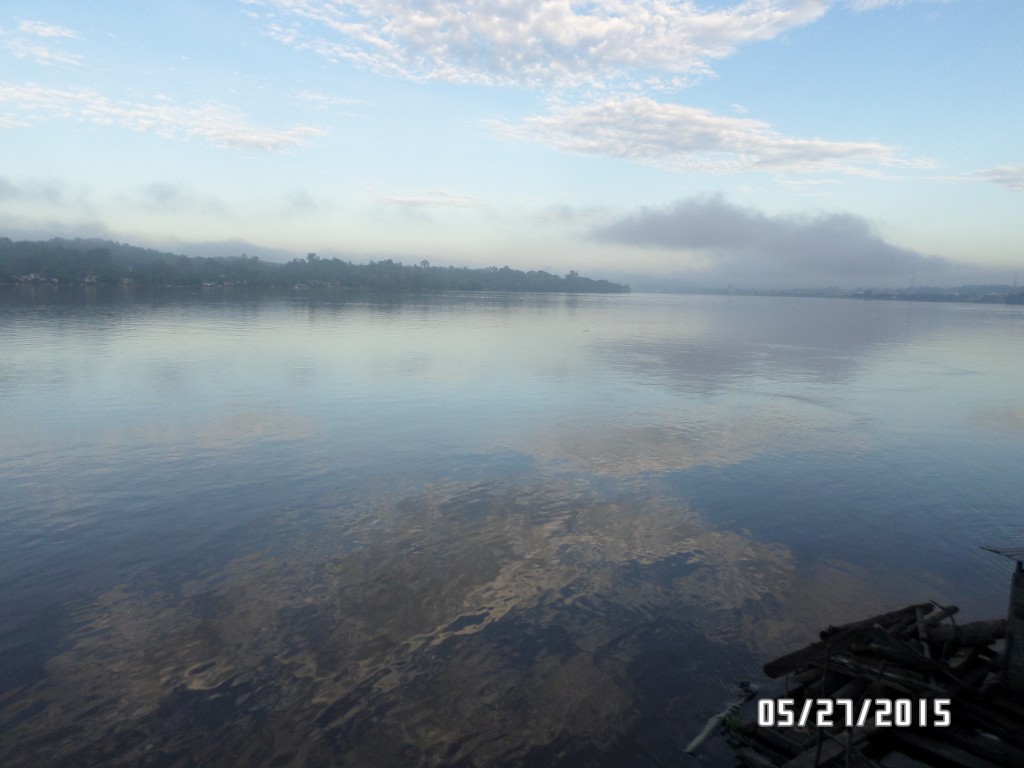